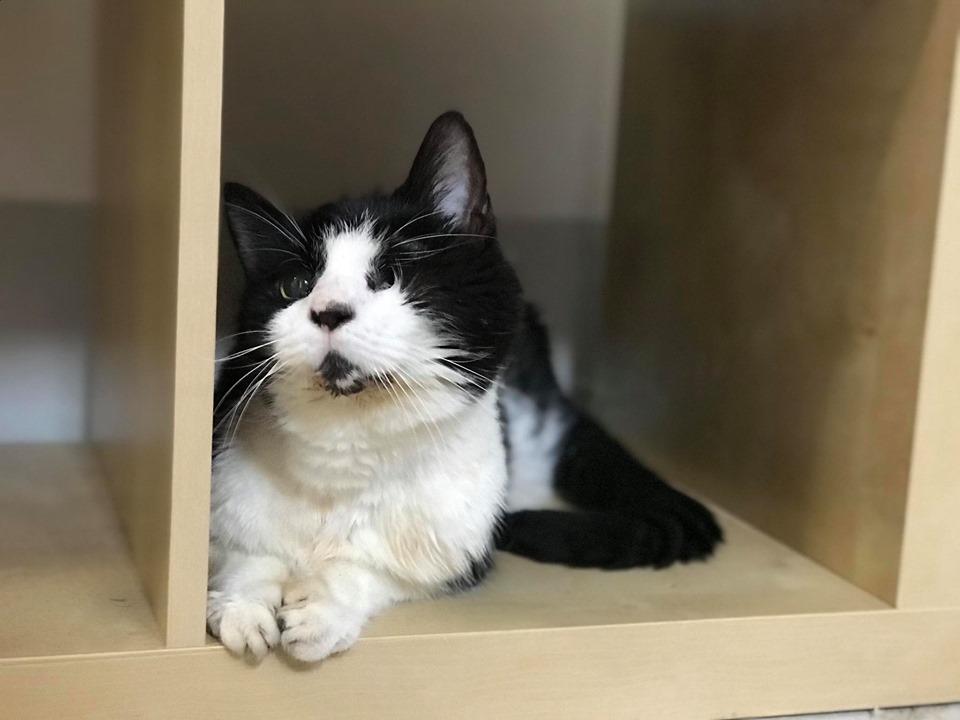 Caellum was a very special cat that came to us in May 2010 after being involved in a very bad road traffic accident. If it were not for his will to live we don’t think he would have survived. The accident left him with one eye, three legs and wire in his jaw. But he was always the most loving and friendly cat who had a purr for everyone. He spent 10 amazing years with us at The Centre but on the 19th September it was his time to go over the rainbow bridge. He is so very missed by all the staff and volunteers and he will never be forgotten. He was and will always be everything that CRRC stands for “giving the living a chance at life”. Caellums Fund is a pot of money from donations that is kept by to specifically help animals that come into The Centre and may need extra veterinary care. Your donations help us to continue helping these animals that need us.

The staff at CRRC will be raising money in Caellum’s memory. This will be through a series of challenges including a member of the animal care team doing a wing walk. We hope the money raised will go towards veterinary costs for all our animals at The Centre. Please do donate if you can we would appreciate at it so much.

You can donate to Caellum’s fund by text so the money is debited off your phone bill. To make a one off donation please text CAELLUM to 70085 to donate £5.

Please do check our Facebook page for updates on what challenges we are doing next!

Wednesday 13th May 2010, 9.00pm and the phone is ringing, we had just finished feeding, “found a cat on the B2145 at Sidlesham, badly injured but still alive”. Nigel grabbed a carrier, blanket and off he went to see this most horrendously injured cat. Our vet was contacted immediately, the diagnosis was not good, he had a broken leg, smashed jaw and his eye was in a very bad way. Medication given as well as a temporary wire up of his jaw and everything was crossed for him to pull through. The next morning and we tentatively looked into the pen, Caellum as we had named him was still with us but struggling. Later that day the vet and vet nurses arrived to prepare for whatever the x-rays showed. Caellum had to have his badly injured eye removed, stitches in his paw, a better wire up of his jaw and his broken leg was bandaged. This took a long time but still the outcome was grim. He was struggling to breathe and we weren’t sure if his bladder was working okay. It is then you start to question if this is the right thing to do, he was in such pain, should we carry on? But every time Caellum was stroked or spoken to he padded his paws and tried a gargled purr, so we decided we were going to do everything to sort him out. 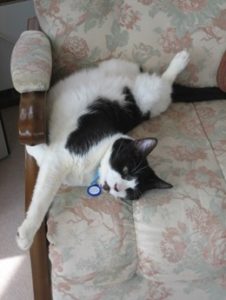 Caellum was very dehydrated and was being given fluid under the skin and of course his jaw made it difficult for him to eat. It was also very mucky and because of his injuries he was difficult to clean up but we did our best. He was hand fed special liquid food with all the essential vitamins included and slowly he started to lick it for himself. We added some squashed down cat food and he began to eat, he still needed encouragement but he was trying and at all time was totally grateful to us. The antibiotics started to work and things were looking better, he wanted to stand up but he collapsed in a heap. Further x-rays were taken and as the vet had feared his leg was very badly broken, it was decided it was best to remove the leg. We have lots of three legged cats and they never have a problem getting around. So a third operation was needed, it took him some time to come round but as ever he was so grateful, he even started to wash himself, it was a lovely sight.

Road traffic accidents are sadly very common, especially on these busy roads but the person must have known he had knocked over the cat, but he choose to do nothing the same as the others who quite happily drove round this poor creature. The person who did stop made an effort, contacted us and we will always try to help in a case like this. I know people don’t like to get involved but it is a live creature who is in terrible pain, I would no longer ignore it than I would a person in danger. We will try to help in a situation like this and the RSPCA do have an emergency number.

If we did not have our own veterinary facility the cost for Caellum’s treatment would have been in excess of £4000.

Caellums tea party with his staff on his last day before he left us. 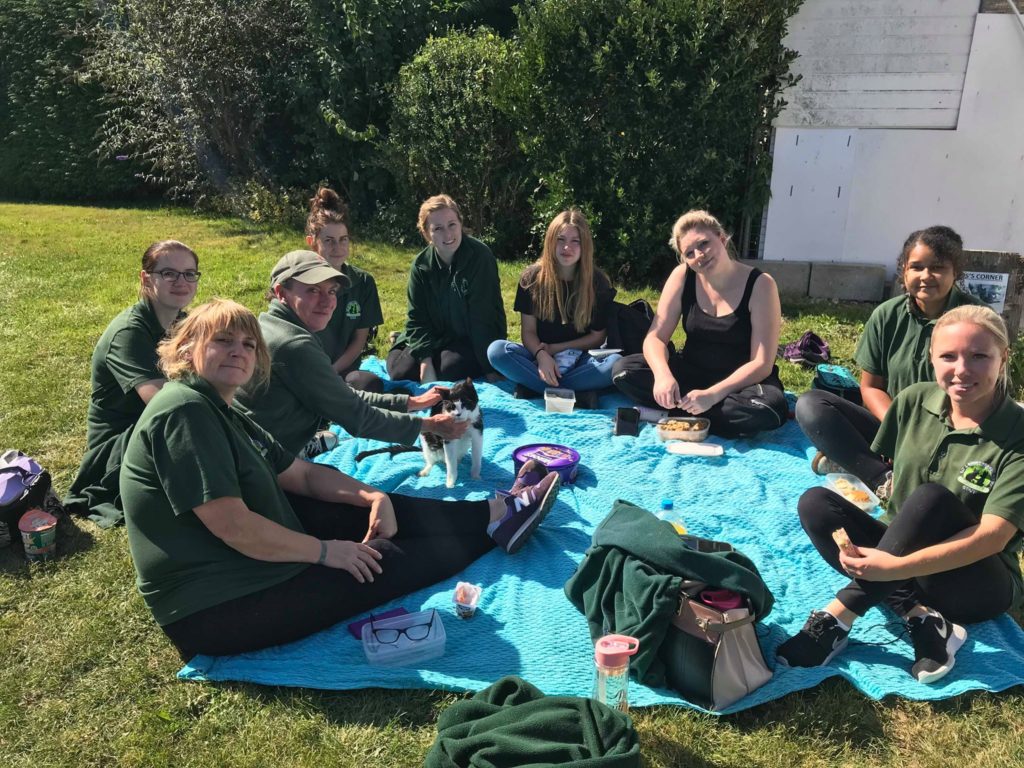 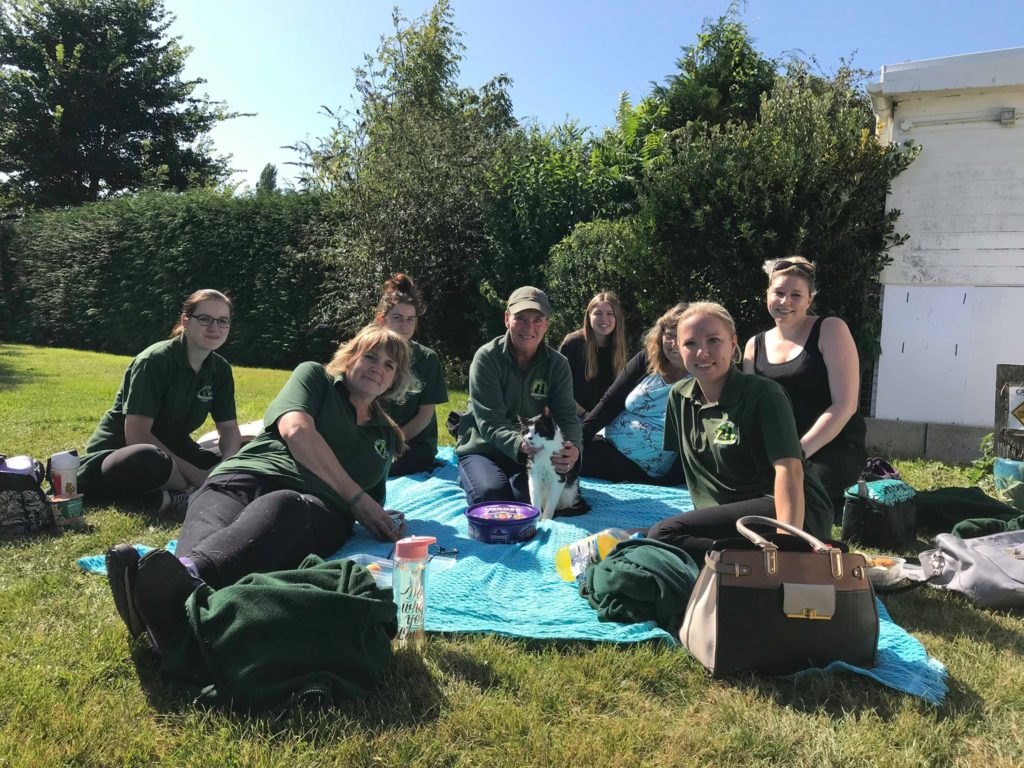 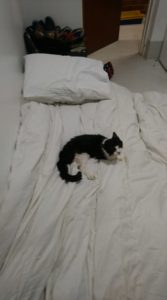 It could not have been more perfect.

Caellum was first in the bed then I snuggled in next to him with my arm round him he stretched out and held my arm giving little paddy paws and purred and purred.

Up in the night a couple of times to use the litter trays, always a good boy, a little more to eat and then straight back into bed for more snuggles.

He was comfortable and happy all night long.

Alarm went off early but we decided to lay in a bit longer then Caellum was up and telling me it was breakfast time!

It has been a privilege and an honour to be Caellums friend he is the most wonderful extraordinary cat and he is always so grateful for everything that you do for him.

He has totally lived up to his name meaning Brave Warrior.

Other ways you can help 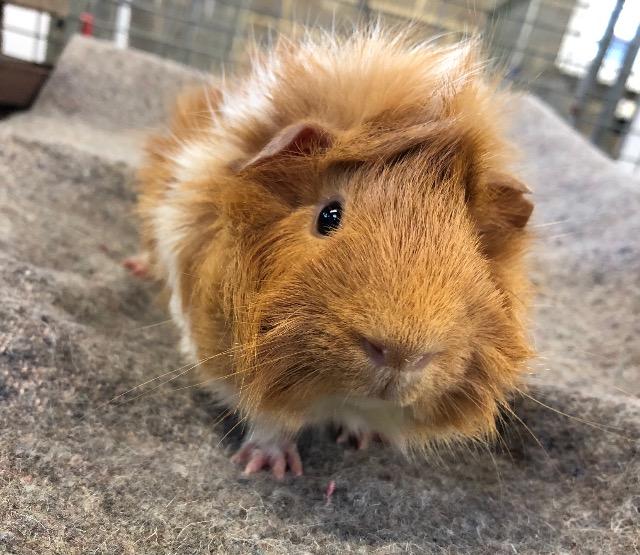 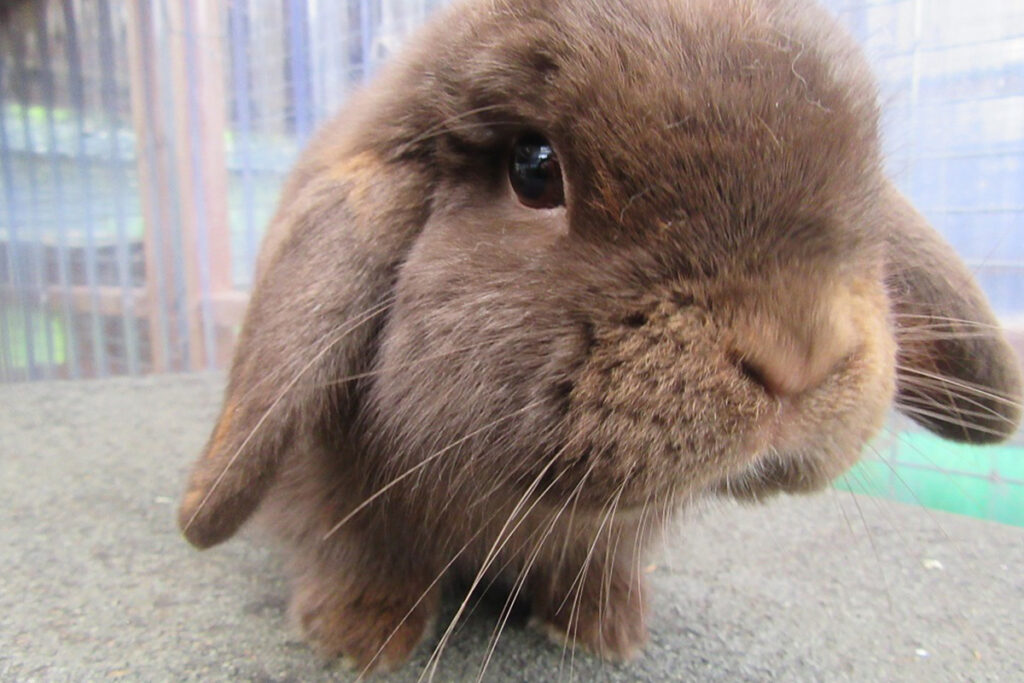 Become a friend of CRRC 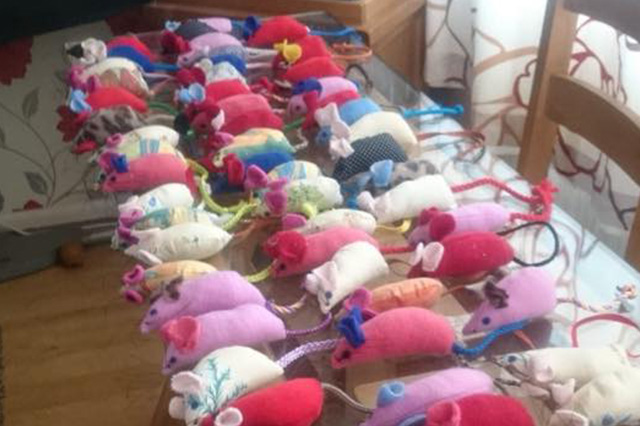 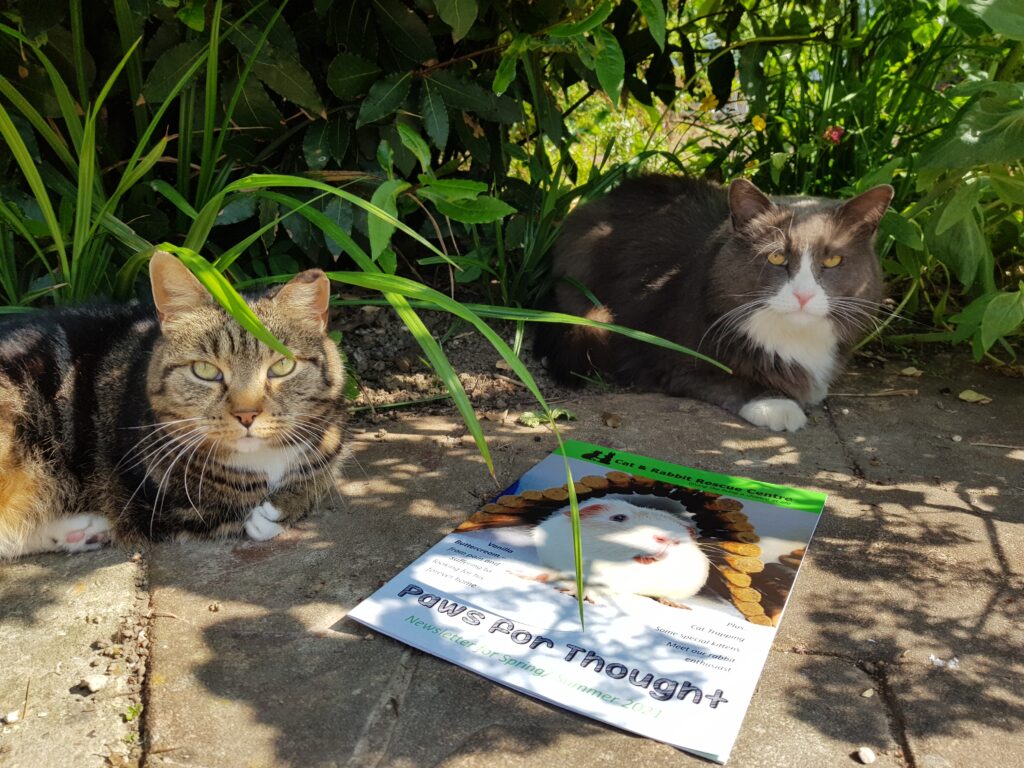